Board of Library Trustees

The Board of Library Trustees is a policy-making body that guides the development of library services. It is composed of seven volunteer citizens appointed by the County Executive. Their policy decisions impact all areas of library operations.

*Please note that all Board of Library Trustees meetings can be followed by an executive session as needed.

Board of Library Trustees Meeting Agendas

Board of Library Trustees Meeting Agendas are in PDF format.

Board of Library Trustees Meeting Minutes

As meeting minutes are approved and become available, they are posted here by meeting date.

* All meeting minutes are in PDF format.

Board of Library Trustees March 11, 2014 Statement on Naming Libraries

Library Board of Trustees March 11, 2014 Statement on Naming Libraries

The Prince George's Memorial Library System was established in 1946. Since its inception, it has been the policy of the Library Board of Trustees that libraries be named after the location they are in and not after individuals. The Board at that time felt that since so much of the financial support comes from county funds that it would be appropriate in the naming of branches to indicate that it is the Prince George’s County Memorial Library system followed by the branch name based on the location.

The Laurel Branch was the first library to become part of the System but was not on the site of the current Laurel branch. From 1950 through 1962, the Library Board of Trustees looked for sites for a new Laurel library.  The Board of Trustees and the County settled on a piece of land offered by Mr. William Stanley. At the time it was offered, Mr. Stanley did not require that the building be named after his family. Important to note here is the land was not deeded to the Library but to the County. The Board of Trustees was not informed of the terms of the deed until 1966 when the Laurel library building was already under construction.

In the 1960’s, Mr. William Stanley, Jr. and Mr. Robert Marshall deeded the land to the Board of County Commissioners under the condition that the Board build a library and name it The Stanley Memorial Library. Under the terms of the deed, the Board had to begin construction of the library within 2 years of the conveyance of the land or the title reverted back to Mr. Stanley, Jr. and Mr. Marshall.  The library was completed in 1967 and named the Stanley Memorial Library thus honoring the legal requirements of the deed.

Over the years, the Prince George’s Library Board of Trustees has received requests to name libraries after individuals. Most recently on April 14, 2011, County Council Chair Ingrid Turner, reached out to the Board about a request from the Mitchellville-Bowie chapter of the National Council of Negro Women to rename the Oxon Hill Library, in honor of the late Dr. Dorothy Height, Chair and President Emeritus of the National Council of Negro Women. A civil rights leader, and women rights activist, Dr. Height was awarded the Presidential Medal of Freedom in 1994 and the Congressional Gold Medal in 2004.

On October 17, 2011 the Board of Trustees denied the request to rename the Oxon Hill Library after Dr. Dorothy Height reiterating their policy of naming libraries after locations and not after individuals.   On September 10, 2013, the Board approved naming a large meeting room in the new Laurel Branch Library after Dr. Dorothy Height to honor her public service and her legacy.

We, the Library Board of Trustees take our fiduciary responsibility seriously and work to ensure that our libraries provide needed services to everyone in the community. In large part through the efforts of our library staff, we bridge the digital divide with public access computers and are the great educational equalizer in our society. We build literacy skills at story times and help jobseekers with their resumes and applications.

The Board of Trustees is a governance board and we set policy. We bring a commitment to the rights of citizens to information, and willingness to continually maintain and strengthen library services in Prince George’s County. As such, we work to ensure that all voices are heard and that everyone feels welcomed.

Meet the Board of Library Trustees 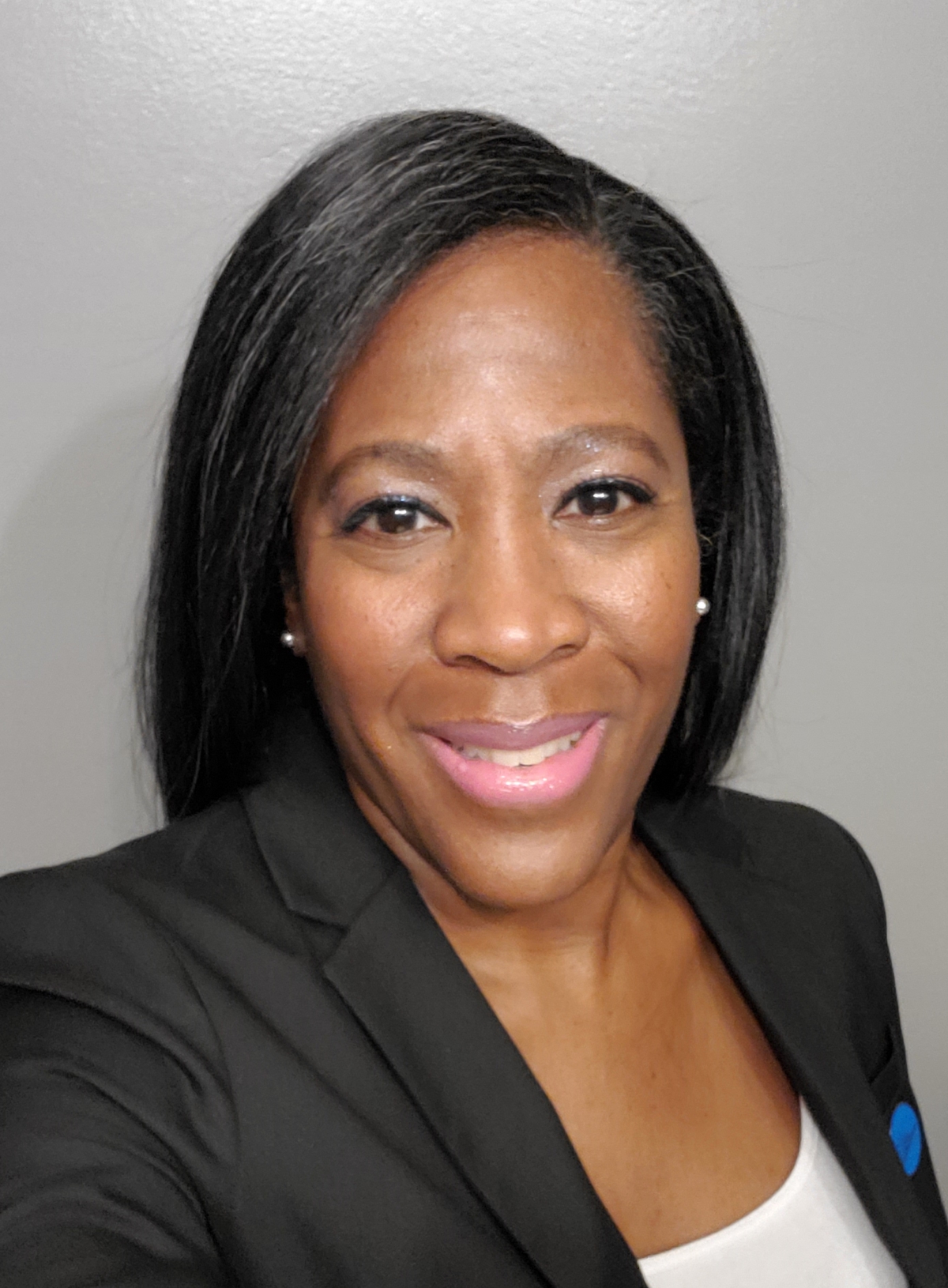 A passionate advocate, Toni has a long-standing commitment to children's issues and an intimate understanding of the wide array of social justice issues faced by children, youth and families. She has worked in a variety of local and national youth advocacy nonprofit environments including The Forum for Youth Investment and the Department of Pediatrics at Howard University Hospital. She holds leadership roles in convening advocates and community organizing and has written numerous articles that have been published nationally and internationally. She is passionate about improving the lives of children and youth, empowering women and girls to reach their full potential, and supporting the vital work of community-based nonprofit organizations. Toni believes, that through service as a board trustee for the Prince George’s County Memorial Library System, enriching, engaging and illuminating the lives of others is absolutely achievable.

Toni is the founder and executive director of In Reach, Inc. a nonprofit organization that prepares Prince George’s County students for college, work and life. She resides in Bowie, Maryland. Previously, Brett served as Louisiana’s Secretary of Revenue responsible for the state’s tax policy and administration. He also headed Louisiana’s economic development financing agency. He currently chairs the board of directors of Volunteers of America Chesapeake and is an advisor on strategic partnership and collaboration issues for Compass.

Brett has an MBA from Dartmouth, a law degree from Georgetown, and a bachelor’s degree from LSU. He lives in Clinton, MD. Sylvia Bolivar has been a member of the Board of Library Trustees since June 2008. She advises municipalities on community and economic development programs.  Prior to that, Sylvia served as Senior Advisor for Placed-Based Initiatives at the U.S. Department of Housing and Urban Development. In this capacity, she managed the Promise Zones Initiative working closely with local leaders to create jobs, improve educational outcomes, reduce violent crime and support overall economic growth and vitality.

In November 2015, Sylvia was an honoree at the first annual Latinas Empowering Prince George’s County Award for her leadership and advocacy in Education. Sylvia Bolivar resides in College Park, MD. She can be found on weekends at the library with her young son. 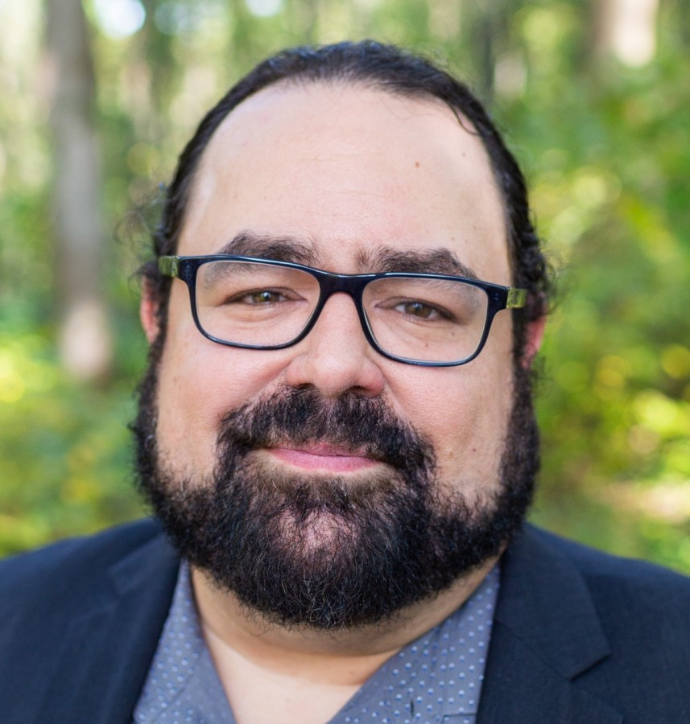 Robert Fernandez has been the Resource Development Librarian at Prince George’s Community College since 2017. He has a Master’s degree in Library Science from the University of South Florida and over 15 years experience working in libraries. He also serves on the Board of Directors of Wikimedia District of Columbia, a Wikimedia affiliate group which engages with local cultural institutions. His interests include open access content, genealogy, geocaching, and art history. He is currently pursuing a Master’s in Art History at George Washington University. Robert and his wife Elizabeth live in Landover. Angela Smith joined the Board of Library Trustees in April 2020. She is a professional with more than 10 years’ experience working in print and web communications. For the past five years, she has worked at a healthcare research funding organization in Washington, DC, as a multimedia producer responsible for creating, producing, and overseeing all multimedia production. She is passionate about reading, education, health literacy, and the important role and impact public library systems have in the communities they serve. She resides in Upper Marlboro, Maryland. Arthuree McLaughlin Wright retired from Howard University in May 2015 after serving 15 years as Associate Director of Information Services and two years as Interim Director of Libraries. She began her career in the Science Library at MIT in Cambridge after earning a B.A. in mathematics at Indiana University and the M.L.S. at Rutgers University. While at MIT, Arthuree was chair of the Board of Directors for the Cambridge YWCA. Later she completed the Ph.D. in library and information science at the University of Maryland.

At Howard Arthuree focused on information literacy, assessment of learning, and service effectiveness. Nationally, she chaired the Research Committee of the Association of College and Research Libraries and served on the American Library Association’s Committee on Accreditation.

From 2004 to 2012 Arthuree chaired the Board of Higher Education and Campus Ministry for the Baltimore Washington Conference (BWC) of the United Methodist Church. Prior to that appointment she chaired the BWC Task Force on Children and Poverty. Arthuree and her husband, Obie, a retired Methodist pastor, reside in Bowie. 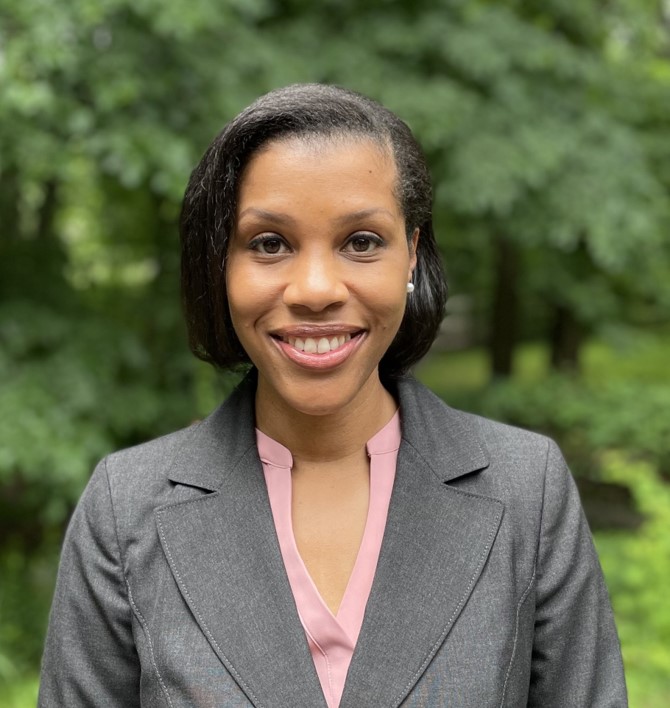 Patrice Garnette is currently a Capital Markets Compliance Manager at Freddie Mac where she oversees the firm’s compliance with financial obligations, engages in risk management, and monitors the firm’s trading activities. She is experienced with leading legal, compliance, and regulatory projects and teams for state and federal regulators, nonprofit organizations, and corporate entities. Patrice is a certified fraud examiner. She currently serves on the national Advisory Council of the Association of Certified Fraud Examiners (ACFE) and she is the membership chair of the Board of Directors for ACFE’s D.C. chapter.